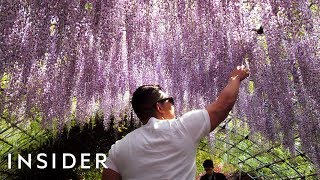 Traveling to Asia, the surprise when viewed from above P3

Travel to Asia, hang out around the city P3