Top 10 Road Trips in Australia - Travelvl - Free video for you 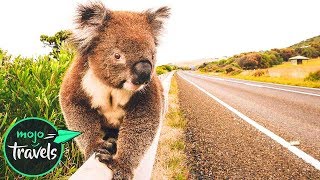