Travels with Timi Gustafson: Antarctica - Travelvl - Free video for you 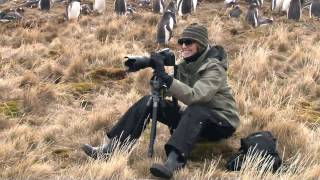