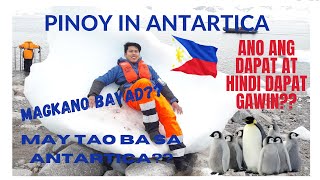 THE BEST DAY OF OUR LIVES!!! - Antarctica Vlog

This is a stormy sea and a ship in Antarctica