Antarctica Polar Plunge: My Coldest Swim Ever! | Part 5 of 6 ~ Antarctica Expedition - Travelvl - Free video for you 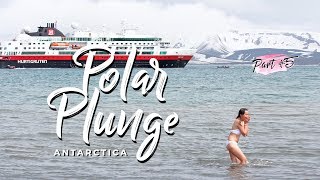 My trip to Antarctica March 2015

Cruising Antarctica: What to Expect when Exploring the White Continent

What's Under The Ice In Antarctica?