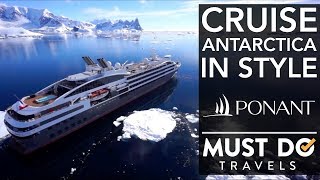 Flying to Antarctica: Christchurch to Scott Base