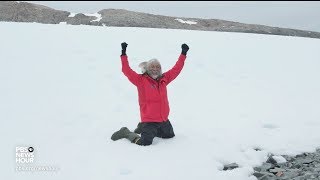 Antarctica for Kids and Schools [Documentary]