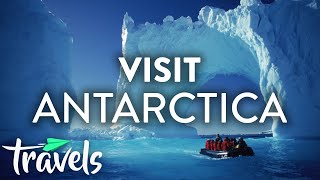 This is a stormy sea and a ship in Antarctica

What's It Like Being a Jamaican Setting Foot on Antarctica?