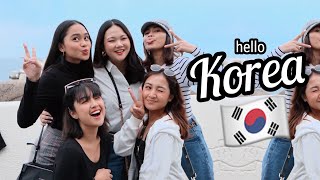 Traveling to Asia, it's raining P1

How Much Money To Save For A Koreatrip