Travel to Jeju, South Korea in 4K - Travelvl - Free video for you 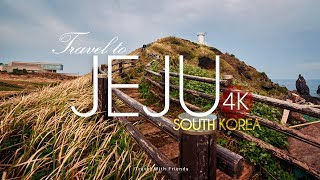