Traveling In Vietnam During Coronavirus Outbreak - Travelvl - Free video for you 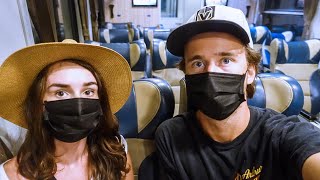