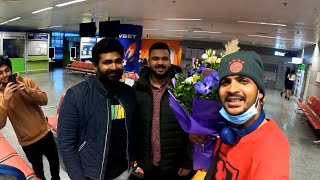 Trump: We will suspend travel from Europe to US for the next 30 days