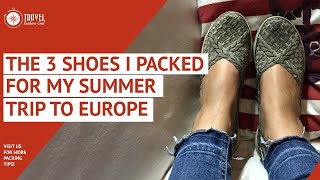 Bled Slovenia: As We Travel Europe

14 Days in Europe in a Carry-On! How I Packed + Travel Essentials!