Interrail or Eurail: Choosing a Rail Pass for Traveling Europe - Travelvl - Free video for you 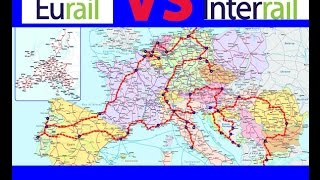